Yamunotri is the original source of Yamuna River surrounded by lofty peaks forest and large valley. Yamuna is the second largest and one one holiest river in India after Ganga. It is part of the four holy abodes in Chardham pilgrimage yatra. Pilgrims also get to enjoy a number of hot water springs in the vicinity of the temple.

Yamunotri is located at an altitude of 3293 metres above sea level, in the Garhwal Himalaya about 40 km away from Barkot in Uttarkashi district of Uttarakhand. The actual source of Yamuna River lies in the Yamunotri Glacier at a height 6,387 metres near Bandarpunch Peaks in Lower Himalayas.

Note: The Temple of Yamunotri Dham is closed during winters, you can check the closing and opening dates here. 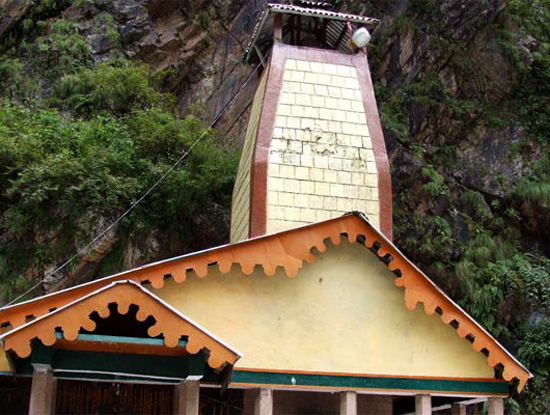 History and Importance of Yamunotri

According to Hindu mythology, It is believed that Yamuna is the daughter of Surya the Sungod & the sister of Yama, the god of death.

Every year thousands of devotees throng from all over the world to Yamunotri, to wash off their sins. Only Faith, Purity and Sprituial Significence of the river motivate the tourist towards itself. Unique aspects of ritual practice at the site include hot springs where raw rice is cooked and made into prasad. There many holy shrines, ashrams and temple which are located in and around the Yamunotri Dham.

Yamunotri would be a perfect place for those who is fond of escapades, Peace, Calm and scenic beauty of natural environment. Apart from Yamunotri temple, there are several place to see such as Surya Kund, Divya Shila, Janki Chatti, Hanuman Chatti, Saptarishi Kund Lake etc you can visit during Yamunotri dham yatra.